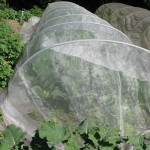 The enviromesh netting works by acting as a barrier:

No need to spray crops with chemicals as the netting keeps the pest out.

is specially designed to keep insects out. If this is spread over the plants it has a dramatic effect. 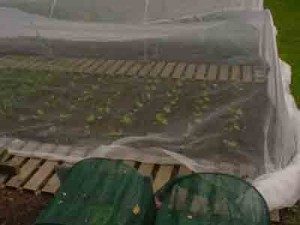 Clean, chemical free, (& bug-free) veg can be proudly presented to the kitchen if vegetables are covered with enviromesh when they are grown. 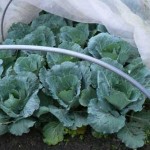 Growing parsnips under enviromesh has given us happier plants.  The photo below shows how well the parsnips have developed, with very long roots. 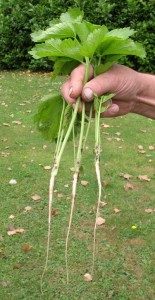 The parsnip leaves are in perfect condition, but in previous years the parsnips never looked well and grew slowly.  We think the Enviromesh

must have kept the insects off the parsnips & these were the insects which caused unseen damage which resulted in slow growth.

Enviromesh netting available from Amazon, to give to a gardener as a gift or  present.

(This is an affilliate link)