When the weather was warm and wet, and for some reason a cloche had been put over half the potato row, so covering those potato leaves and keeping the rain off. 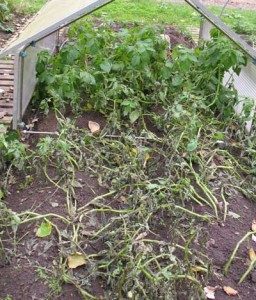 The covered potatoes were healthy, 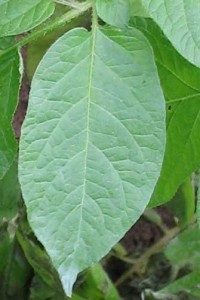 but those plants left out in the rain were decimated. 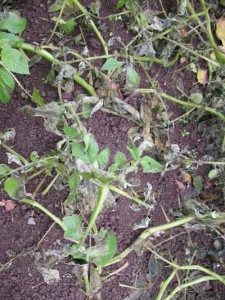 This all happened in a week, and it demonstrates that blight flourishes in warm wet weather, and it is really worth applying a protective spray to potato crops. 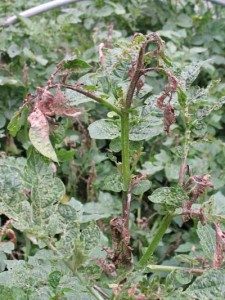 Dark brown patches and yellowing appear on the leaves, which turn black, before a white bloom develops on the underside as the foliage dies. The white bloom is made up of the fungal spores which are then blown by the wind and spread the infection. The leaves die off, and tuber growth stops. The spores drop onto the tubers in the ground and cause them to go brown and rot. The potatoes, and the whole area, smell rancid and rotten.

Vegetable gardeners should avoid, prevent and delay the onset of blight by: 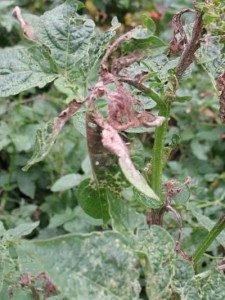 Some varieties are more susceptible than others.

It is important to control potato blight as it can cause total crop failure.