Why are holly and ivy grouped together?  It first happened in pagan times, as a thinly disguised competition between the sexes.   Holly was thought to be male: crisp and prickly. Whereas Ivy symbolised the female: being soft and clingy! 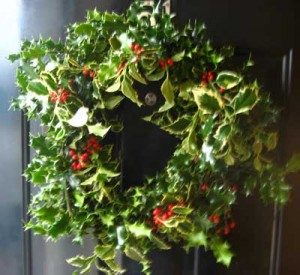 But ivy is only mentioned once in the carol “The Holly and The Ivy” & that is in the first line of the first verse!

The holly and the ivy,
When they are both full grown
Of all the trees that are in the wood
The holly bears the crown

The holly wins, and ivy seems to take second place!