We started planting seed potatoes on 12 February in 2011,  not because conditions were ideal, but because work was taking Mike abroad, & he would be away for 4 weeks. 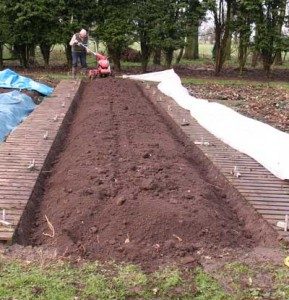 Luckily the soil had been covered with a plastic sheet since late November.  So the rain had been kept off and the soil was quite dry.
The sheet was taken off, and the soil was cultivated with a rotovator, and a wonderful seed bed appeared! 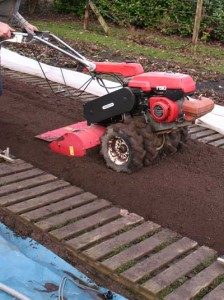 Two rows were then measured out. 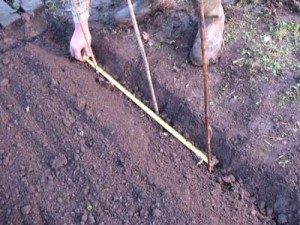 Each row was marked out, so that seed potatoes were planted 12in (30cm) apart in the row.

A hole was made at each planting position and the seed potato was dropped in with the rose uppermost. 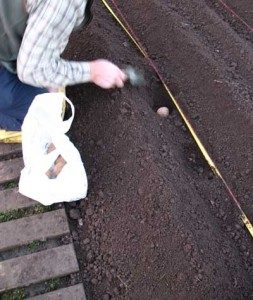 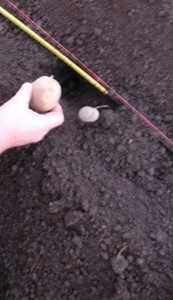 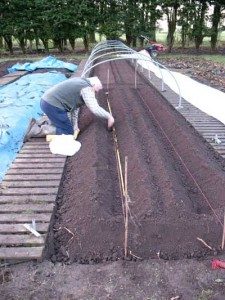 The planted potato seed was covered with a shallow layer of soil.  The furrows are left, with the covered seed in the bottom, so that the seed has some protection from the walls of the furrow.  These walls will be used to cover (ridge up) the potato shoots as they grow.

Bubble wrap was laid over the soil to keep the soil warm and a polytunnel now covers the whole row.  The risk of planting potatoes early  is that they will get frosted.