We have opened the packet of seed potatoes we bought from the garden centre on 4 February and found a mixed bunch! 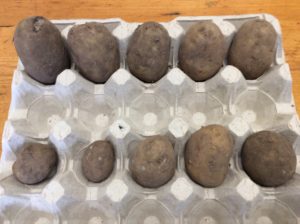 There are 4 large potatoes, 4 medium sized and 2 tiny ones.  We prefer large seed potatoes as they produce a higher yield of new potatoes, but large ones are hard to find.

These seed are also very dirty and look as though they were harvested in wet conditions.  If so, they may be harbouring some disease and will not grow too well.  The skin of the potato in the photo below does not look too good. 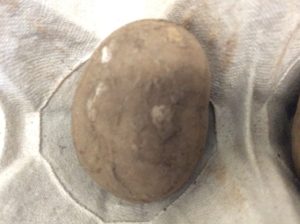 The seed potatoes have been placed in an egg tray to encourage chitting with the rose pointing upwards.  The seed was left in a light, cool, but frost-free, place. 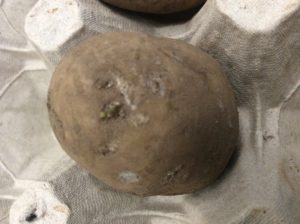 One of the seed potatoes had some mechanical damage.  We will keep our eye on that one. 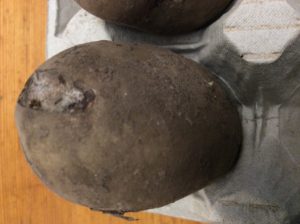 We have certainly bought a mixed bag of seed potatoes!